How can we help you today?

What is a box spread?

What is a box spread?

Generally speaking, there is no reason to trade box spreads

In theory, a box spread should always be worth the width of the strikes. This is because:

What looks like a "free money" trade, in reality, is not

An even more dangerous aspect of box spreads is that you can sometimes sell them for more than the width. This gives the illusion of risk-free profits, but there are almost always “hidden risks” which can result in losing much more than your initial investment in this situation. To learn more about the potential risks of box spreads, please click here.

Below is an example of a 10-lot DIA box spread marking above the $10 spread width by $0.20. At first glance, it appears to be a $200 risk-less profit, but given the inherent risks of a box spread it could potentially yield negative results. 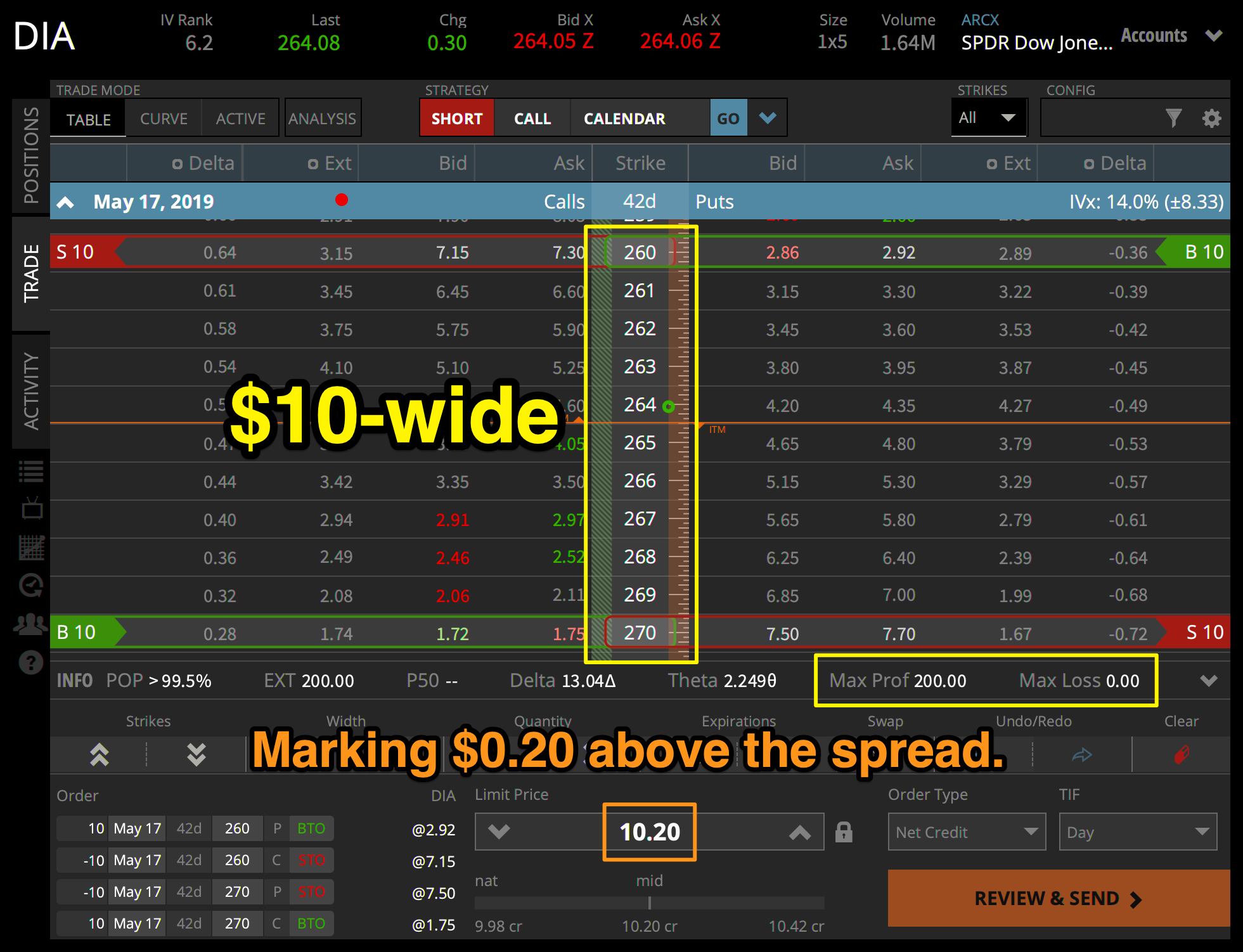